Whoa! Two years past since my last post… How did that happen!

Okay, so to I didn’t make it to the film festival in Prague in early 2018. The invitation meant only that I could submit my film without having to pay a fee. That was a huge disappointment. 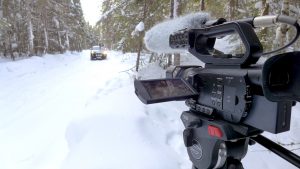 Working on a (potential) car commercial that two years later (2020) is maybe dead or a work in progress. I’m not sure. 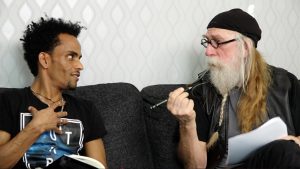 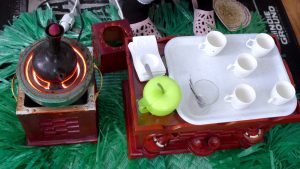 In the spring of 2018, when Filmpool Nord (the regional financier) had an investor meeting, I made an appointment with the boss for a cultural TV program on the national TV and tried to sell my idea about a poet and sound artist living in a small village close to ours. She wasn’t all that excited and had doubts if it would be interesting enough for a whole hour so we decided that I’ll make the film and then she’ll have a look at it. I’m a lousy sales person so this was to be expected but when she sees the finished film I’m sure she will feel differently about it. Ingvar loco Nordin is the name of the artist and in the photo above he is discussing with a poet from Eritrea, Tsegay Mehari, who’s book he is translating into Swedish. Not an easy task when he doesn’t know Tigrinya and the English translation was less than good but the Eritrean coffee ceremony that we were treated to was excellent!
Here’s a short thing I made the day before my meeting with the person from SVT.

My documentary ‘The Last Generation?‘ from 2014 didn’t directly bring me any real money but owing to it I got in contact with a researcher at Uppsala University which have resulted in some paid jobs too. This was one of them. Filming reindeer herding far out in the Luleå archipelago. 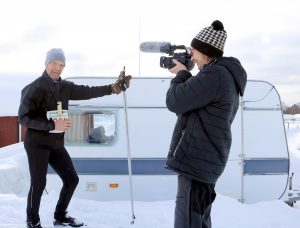 I continued working with my local TV-channel, Gunnarsbyn-TV, and 2018 I made 9 episodes.
The left side photo is from a concert with Northern Indians in our village and I got the first TV interview with them. The photo on the right is from a ski competition called Råneälvdalsloppet.
Almost every year there’s at least one episode of Gunnarsbyn-TV where I make the interview in English. 2018 we had a Philippine artist staying in our village and this is her story. Nina Garibay in Gunnarsbyn. (I don’t understand why I can’t get the video to show up on the page…?). 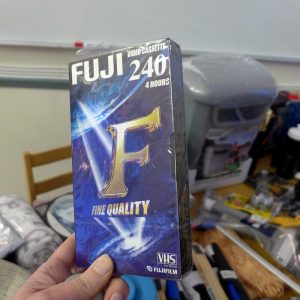 At a spring fare, with dart and air-gun competitions and more, the winners had many great prizes to choose from. Maybe an empty VHS tape? 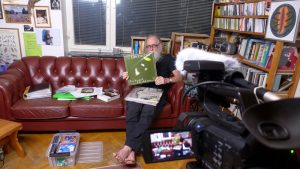 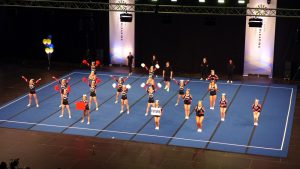 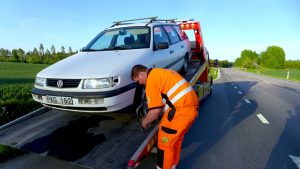 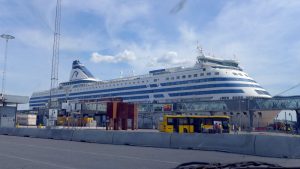 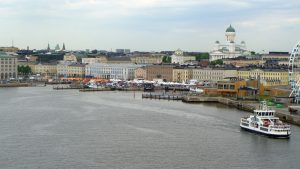 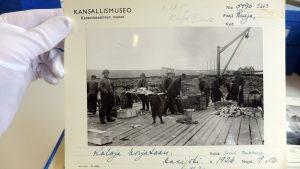 I visited Ingvar loco Nordin at his hideout in the south of Sweden, in Nyköping, and continued shooting material for the coming documentary. At the same time, in the same city, our daughter’s team took part in the Swedish Cheerleading championships and I filmed the competition for her. Later I took the ferry from Stockholm to Helsinki and visited the National Museum’s photo archive to see if I could find something interesting to use in my film about Finnmark. And yes, my car broke down (brakes failed) during the trip and my insurance paid for two hotel nights in a small town called Katrineholm while it was fixed. 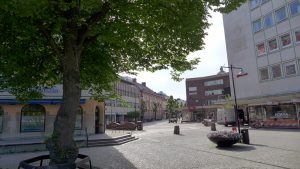 Katrineholm: a place for life and lust according to the town slogan. 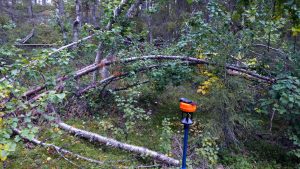 Most of the time my video work is not enough to pay the bills so I need to find other ways to get food on the table. This summer I worked in the forest counting trees for one of the big logging companies around here. If I don’t think about the mosquitoes and gnats it was a pretty good job. 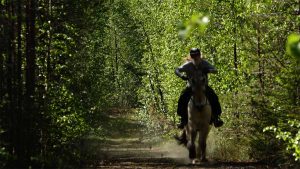 Ingvar loco Nordin horseback riding for the last time. Next time when he came down the road the horse threw him off and he broke his back. He went to surgery almost immediately and being an outdoor person enjoying physical activities the future looked grim but he refused to give up and started to train almost immediately when he returned from the hospital. In the beginning walking short distances between the house and the porch but one year later he was again bicycling and skiing long distances just like before. Amazingly quick recovery from a complicated back surgery! What an Iron Man and inspiration! 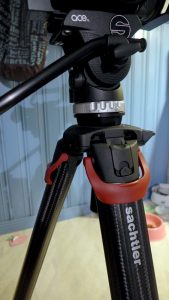 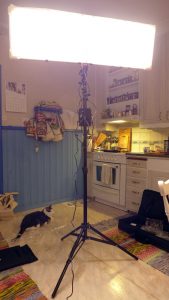 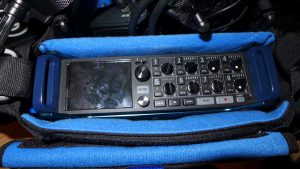 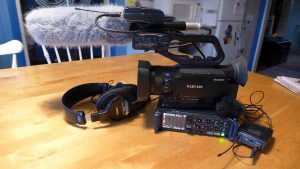 2017 I finally got myself a decent tripod, headphones and a wireless mic. 2018 I invested in a light and a Zoom F8 field recorder. Great buys all of them! How did I ever manage without them! 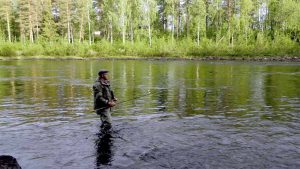 A film about the fishing management of Råne river was going to be made 2017 and offers were accepted. Compared with the winning offer mine was very poorly written, I agree. So when I lost the bidding I decided to make my own film anyway and spent lots of time the following year (2018) with my main character along the river during the fishing season. The company with the winning offer presented their film this year and I was surprised by the fact that it delivered so little of what their offer was based on and what it was supposed to be. Considering the size of the budget I felt a little bitter about it and rightly so. I should be more of a businessman than filmmaker and I would be doing well!

There was another film, of another river, that was planned to be made, and I wrote a brilliant offer with lots of pages and got two known profiles to give it even more weight but nobody from the project ever got back to me about it. Not a word. Much later when I pushed them to give me an answer I learned that the board members had changed, they didn’t get any funding and my offer would have been too expensive anyway… 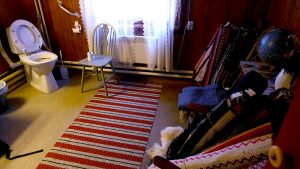 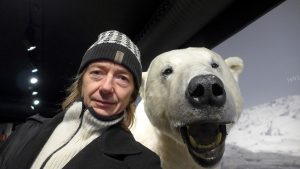 The last big round trip around Finnmark connected to the documentary. I succeeded in meeting most of the people that I interviewed to give them the opportunity to see their part in the film before the final cut. Top left: the strangest toilet I’ve ever been in. 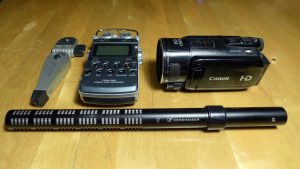 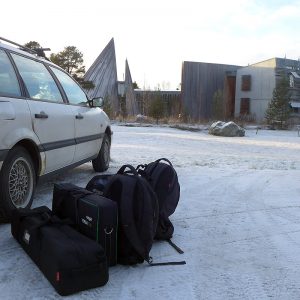 One more trip to Finnmark to get the last interviews: two reindeer herders, one of them also a member of the Saami parliament in Karasjok. When I started this documentary six years earlier all my camera gear fit into my pockets but now I need a car! 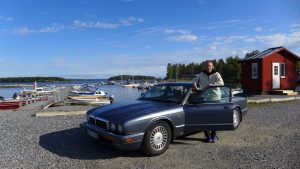 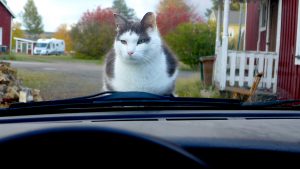 Nothing to do with filming but two big things that happened 2018, both cat related.
I finally bought a 1997 Jaguar and our long time family member passed away. 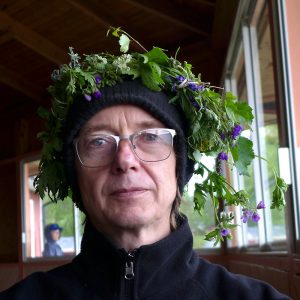 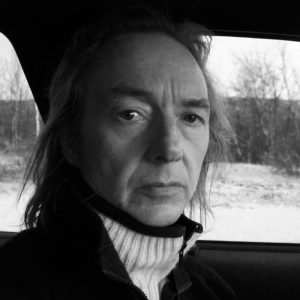 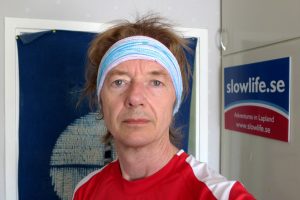 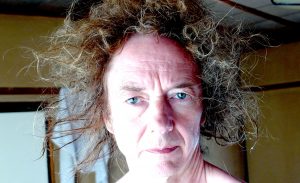 Faces from 2018. From top left to bottom right: midsummer festivities, shooting in Norway, running 10 km under 43 minutes, stressed out from video work.

If you would like to support me you can visit my Patreon page and here’s a link to my playlist on Youtube with all my English (or with English subtitles) documentaries on Youtube.